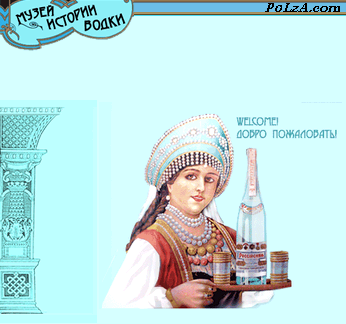 In recent history there was even a period when vodka became a national currency, used to pay for all sorts of small services, and was preferable to cash. During the financial crisis in the 1920’s vodka labels replaced cash in Siberia! Â Vodka plays a significant role in Russian language and folklore and is an important component of Russian life, national identity and culture.

Visitors to the Vodka Museum have a unique opportunity to see that the historic process of wine distillation (the original name for vodka production). An original distillery is on display, with a Russian monk in attendance! Â 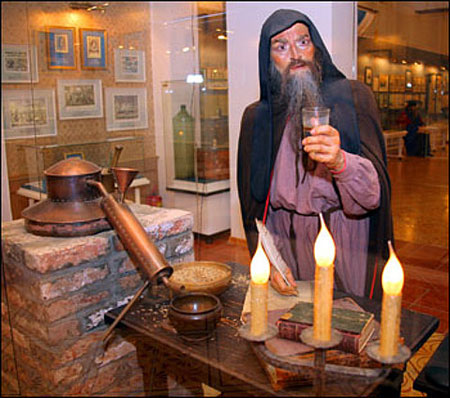 Exhibits and portraits from the time of Peter the Great are on display and many other illustrative materials helping visitors understand all aspects of Peter the Greatâ€™s era. The museum staff satisfy the curiosity of all those interested in the personal alcoholic preferences of Russian emperors. They will tell what was poured into the famous â€œCup of the Big Eagleâ€, what Peter the Great’s grandson, the â€œchance visitor of the Russian throneâ€, Peter the Third drank on each of the 186 days of his reign, as well as what drinks and foods â€œthe Russian Hamletâ€, Emperor Paul the First preferredâ€¦

Visitors can see vodka bottles of different sizes, from shkalik (or kosushka) to shtof and quarter-sized. The pride of the Museum is the bottle produced at the Kronshtadt table wine distillery in 1862. The guides explain what â€˜chekushkaâ€™ is, how big the traditional Russian cup (charka or cheporuha) is, how drinking houses, or kabaks, are different from â€˜tractirsâ€™ that appeared in Russia in the 1880’s, and what vodkas were popular amongst different social groups.

A part of the collection is devoted to the Great Patriotic War and particularly the introduction of a daily ration of vodka for front line combat soldiers, traditionally called the â€œCommissar’s 100 Gramsâ€. The recently discovered archived document that stipulated the ration signed by Stalin.

When: we meet outside Partizanskaya metro station at 14.40h 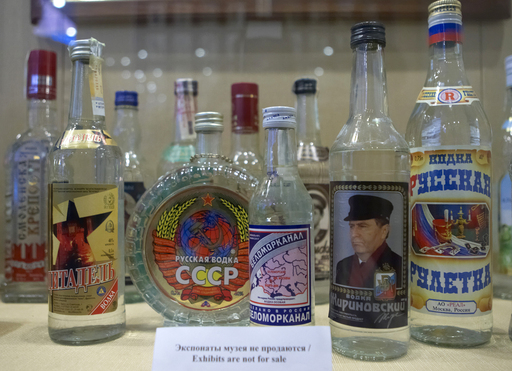 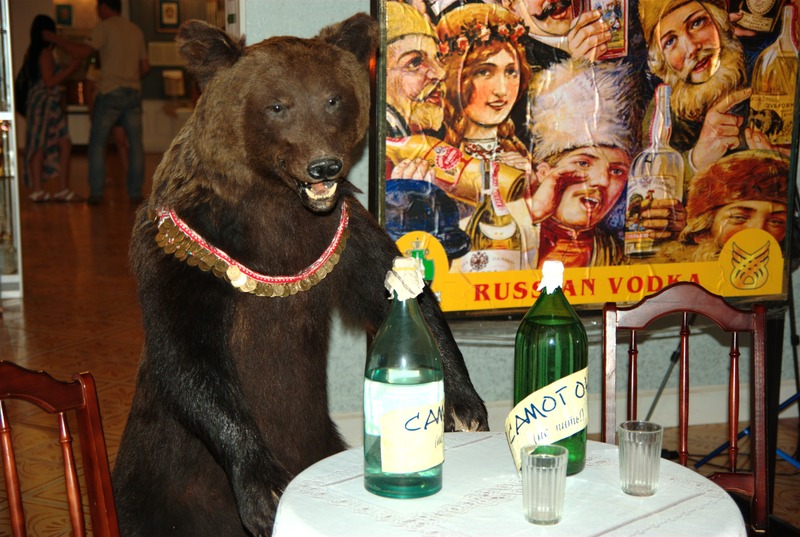 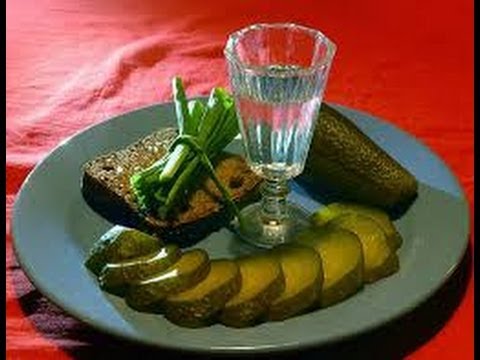 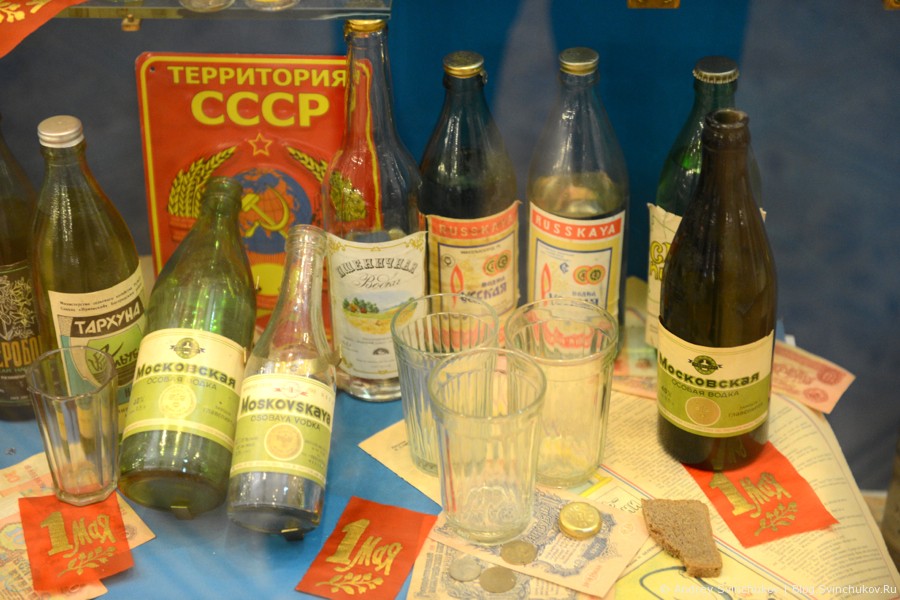