12 th April House at the embankment

The Museum «House at the embankment»is notorious in Russian history. When we hear 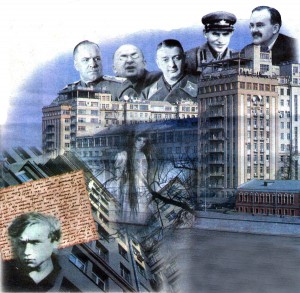 The Museum uniquely re-creates the ambiance and interior of an elite Soviet apartment in the 1930’s.

When: We meet at the exit from Polyanka metro station at 13.45