26 Dec Traditional Roast Turkey Christmas Dinner with all the trimmings

We are organising a Traditional Christmas dinner in Moscow, with a Russian flavour, of course!

Christmas is the Christian celebration of new life, the new beginning, so we will first visit one of the most important Russian monasteries, situated in central Moscow (Pushkinskaya).

The Monastery is rich in history and lovely in itself. Now, it is beautifully decorated for Christmas and the ambiance immediately puts you in a festive mood! 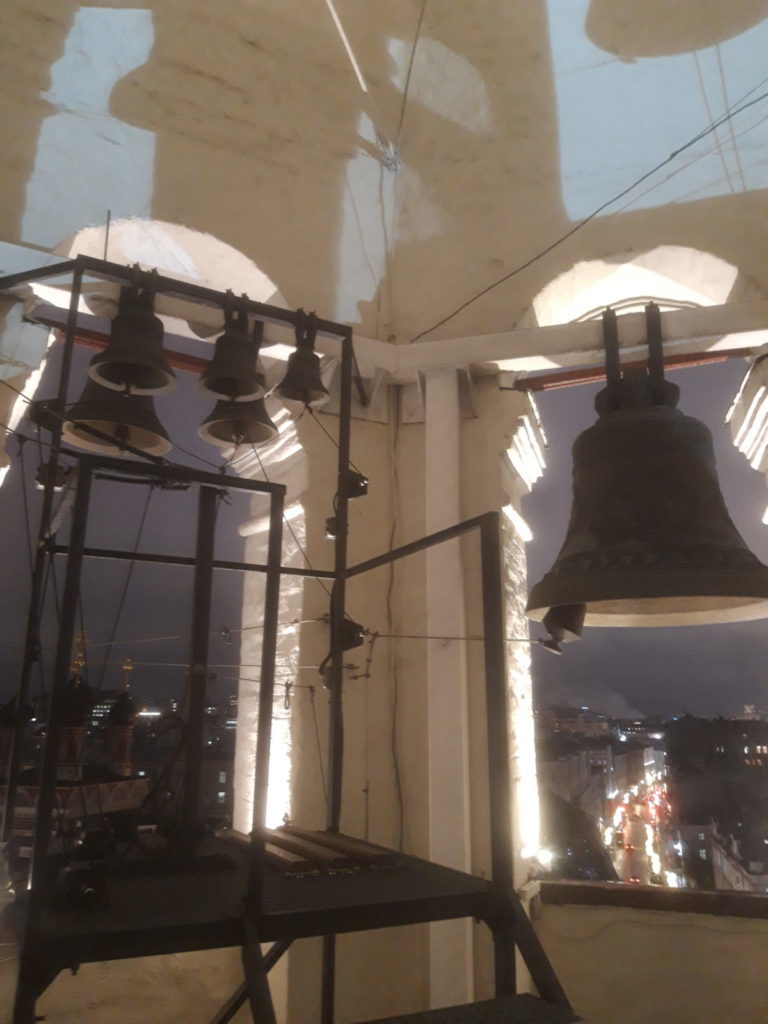 We will tour the Monastery, including going up the belfry Tower enabling stunning views over the Christmas lights of central Moscow. The belfry also has a unique chapel that is usually closed for public (and especially open to us).  All the icons are made of ceramic tiles, I haven’t seen anything like this before.

After the tour we will have a gentle walk to our Christmas dinner venue (1,5km, the same distance as a walk from Belorusskaya to Mayakovskaya). 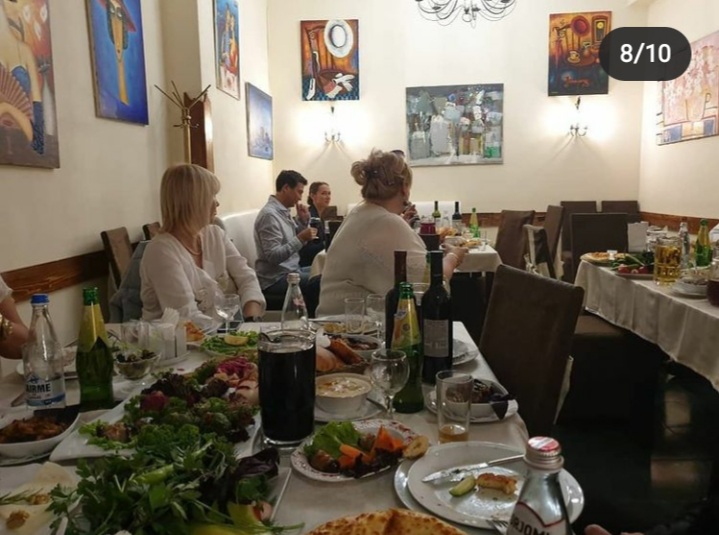 Humble from the outside, this is a popular bohemian venue,  with wonderful cuisine. It is favoured by many artists (thus pictures from the authors on the walls) and musicians after the concerts.

If your children are coming along, please remember to give me their Christmas presents in advance so that Russian Santa «Father Frost» delivers them during the evening! 🙂 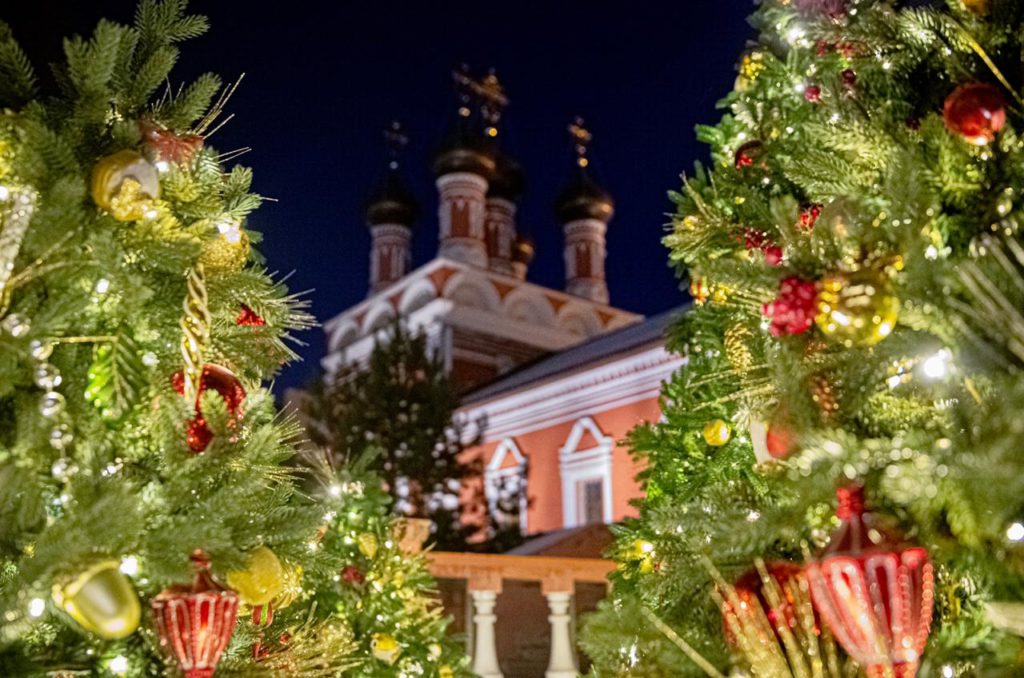 The High Monastery of St Peter, Bely Gorod, Moscow is an oasis of tranquillity in a megacity teeming with life and incessant noise.  Given our pace of life, it is understandable when people miss the opportunities for relaxation and introspection, hidden on the other side of the tall walls.

Vysokopetrovsky Monastery was founded in the 1320s by Saint Peter of Moscow, the first Russian Metropolitan to move his see to Moscow. The cloister gives its name to the adjacent Petrovka Street, one of the streets leading to Red Square. The main church is one of the first rotundas in Russian architecture, is long regarded as a typical monument of the Naryshkin style, built in 1514-1517  In the late 17th century, the Naryshkin boyars, relatives of Peter the Great, turned the monastery into their family burial place. It was reconstructed in the Naryshkin Baroque style. 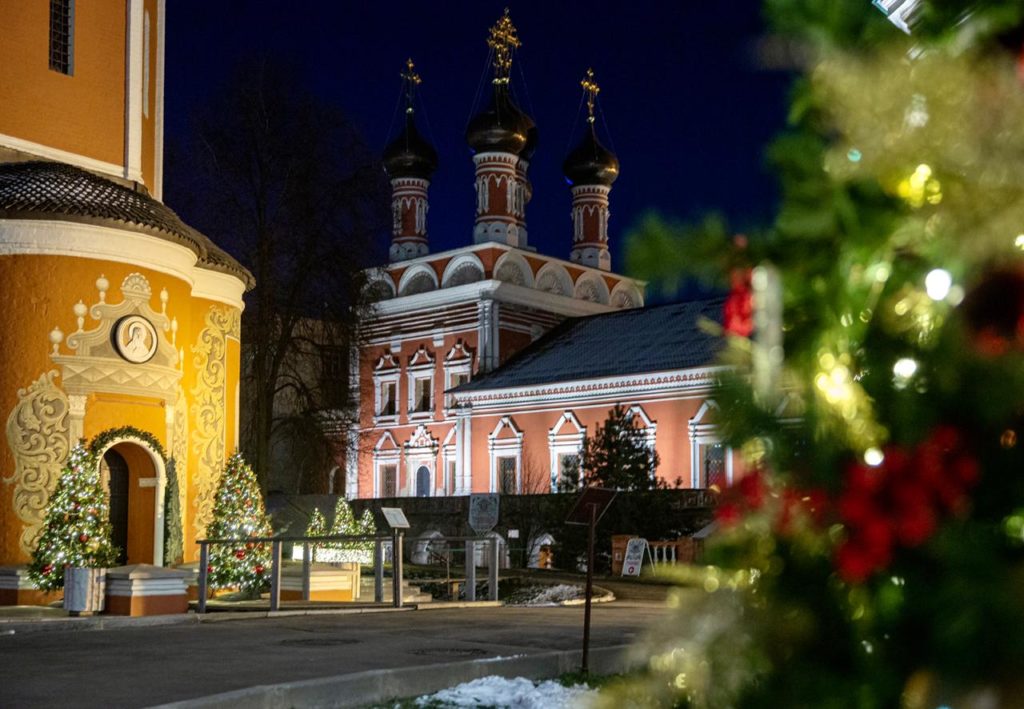 This Monastery is one of the main holy relics of Moscow. Russian Prince Ivan Kalita often asked Saint Peter to advise him on the important state business, and finally invited him to settle in Moscow. The priest found it inappropriate to live in a palace and asked the prince to build a monastery which would allow him to continue leading his saint life and at the same time stay in close proximity to the ruling prince. 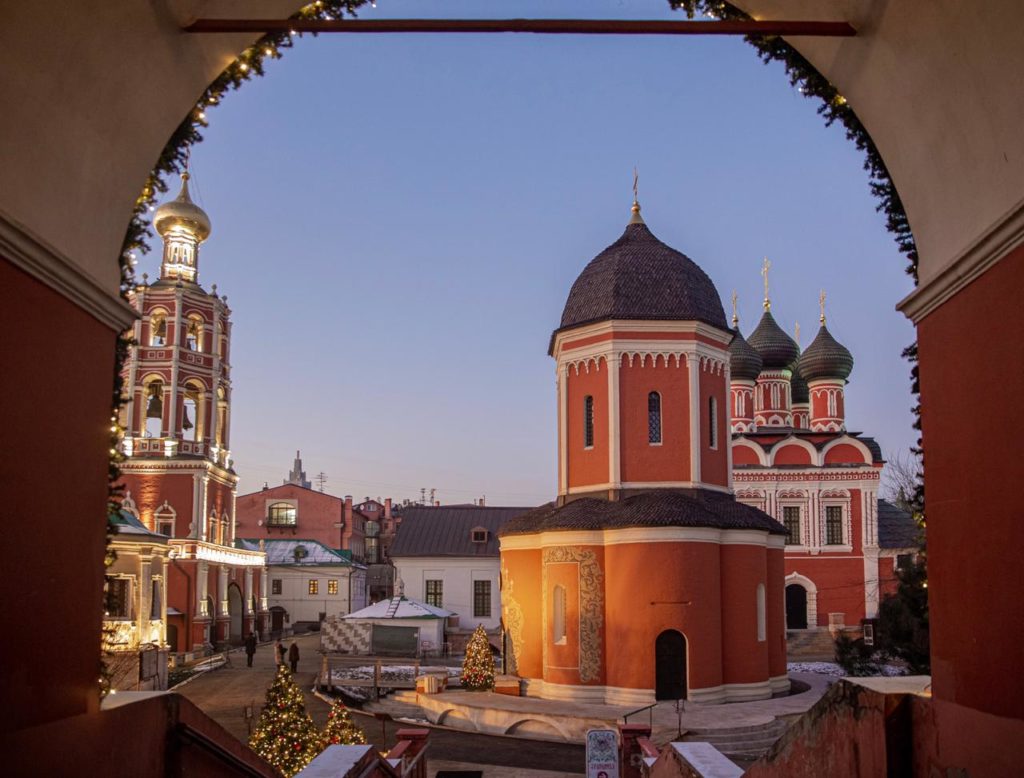 down. However, the conventual community continued to function according to the monastery rules. Working in Soviet institutions was counted as an ordeal, as an act of heroic religious bravery. Serving as a priest was dangerous for one’s live, but many men continued to do so.  The site re-opened as a monastery in 2009.