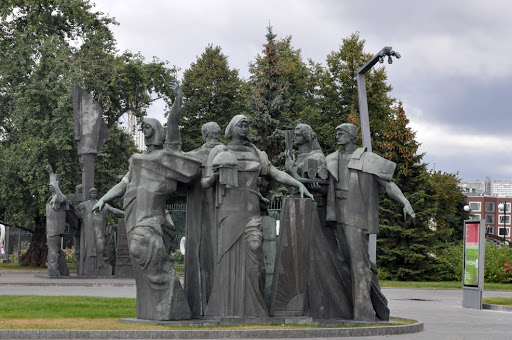 the modern-art department of the Tretyakov Gallery. At the end of Perestroika the winds of change were blowing and on August 22, 1991, the statue of Felix Dzerzhinsky, founder of Secret Service of USSR was dismantled and brought to the park. The Communist Party was banned the next day. Busts of Lenin, and statues of Kalinin, Sverdlov, and Stalin from across Moscow started to pile up on the grass.

Among monuments you may see works by Evgeny Vuchetich, Merkurov, Vera Mukhina and other famous sculptors.

You can enjoy by view of famous monument «We demand peace» made by sculptress Vera Mukhina, inspired by conflict in Korea.

Also there is large collection of sculptures, made in the style  of Avant-garde. 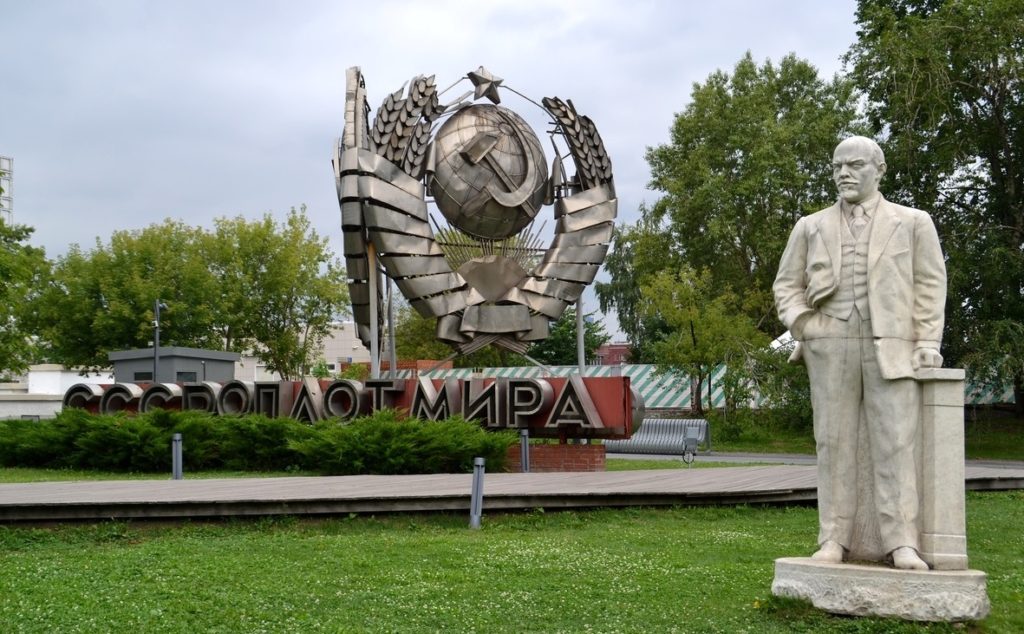