This is an exclusive visit to the Bolshoi workshops

* Please let me know if you are interetsed and I will put you on my list to notify you when the date of the tour is confrmed. The number of places is limited and the tickets will be distributed on «first come first served» basis

The Bolshoi Theatre of Moscow is home to the world’s most famous ballet and operatic company. Founded in 1775 and named after the Russian word for «big and best», the “Bolshoi” regularly stages some of the best and most amazing performances ever seen.

Critics, professional and visitors alike, seemingly run out of superlatives describing the wonders that appear on the stage.
One of the aspects that make the productions appear as ‘grand’ as they do are the facades and structures that create the backdrop for the stars of the show. While the obvious stars of the Theatre performances are the prima donnas, the ballerinas and the singers but without the scenery, much of the magic would be muted.

The Bolshoi Theatre has been producing props by hand since the 18th Century. Since the 1930’s the artisans were closeted in an almost clandestine workshop, away from the theatre. The Bolshoi is very unusual in this respect, as almost without exception every other theatre in the world outsources the production of props to specialist joiners, carpenters and artisans. Not so the Bolshoi.

Eyes brows were more than raised at the $760 million renovation tab for the Theatre in 2011 but what most people missed was that the bill also covered the construction of an enormous new home for the Bolshoi Workshops. An immense, purpose- built aircraft hangar sized, 8-story structure was built as the new home for the artisans and super skilled workers who really do ‘set the scene’ for each performance the Bolshoi Theatre stages.

For a member of the public, getting into the workshops is almost impossible. The designs are closely guarded secret against copyright theft and the props themselves hidden from view until the ‘first night’.

I have the opportunity of taking a small, select group into the workshop.

Each prop born of the workshop is a work of art and, sometimes, a labour of love. The skill and artistry that goes into making the special effects would be equally at home on a Hollywood set. We get an unprecedented chance to see craftsmen creating the scenery for the forthcoming performances, whether it is the almost miles of fabric being sewn, the building of full size house facias or artificial snow and ice creations and other various props; the visitor gets to see who and how these creations are constructed for the world’s most famous theatre.

This is an amazing opportunity for aficionados of the Bolshoi Theatre to get next to the scenes and close to the artisans as they go about their work. This is a real working environment that is testament to the expertise and talent of the workshop employees. 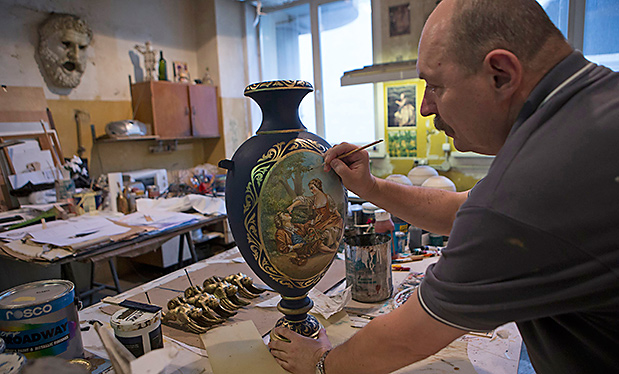 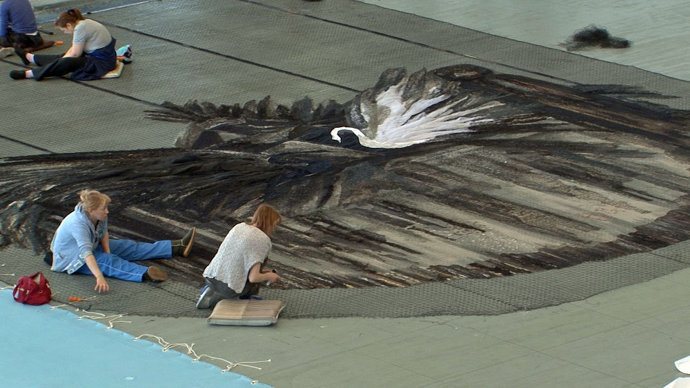 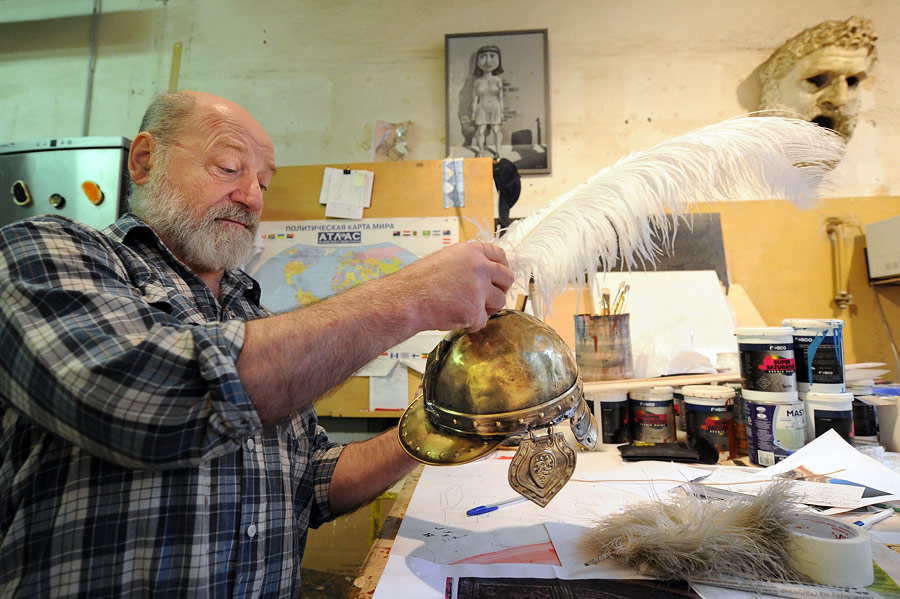 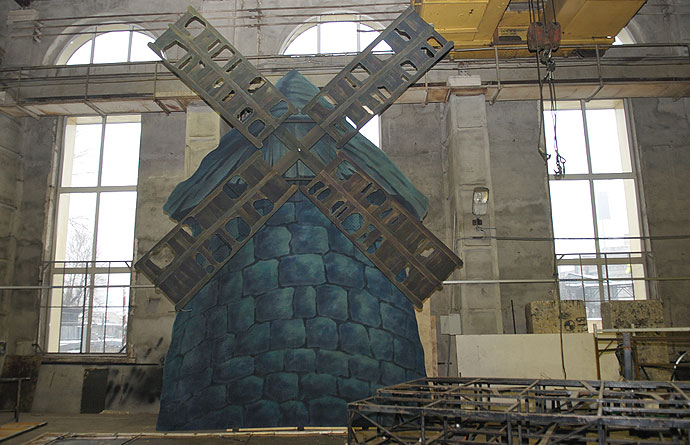