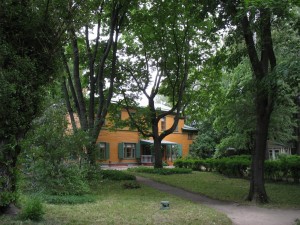 When: at 13.30h by the exit from Park Kulturi metro station