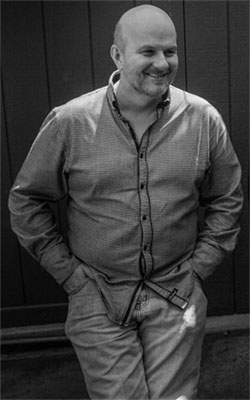 On the 11th November, right before the premier, we have a unique opportunity to meet with American composer Thomas Morse ( Interview)  who has been researching the topic for 3 years and who practically turned into an anchoret whilst working on the musical score.

The opera was inspired by the legendary film of Steven Spielberg “Schindler’s List”, often listed amongst the “greatest films ever made”. The American Film Institute ranked the film 8th on its list of the 100 best American films of all time.  The opera tells you the story of Emilie Schindler, Oskar Schindler’s wife who helped her husband to save over 1000 Jews during the Second World War. “Frau Schindler” is a story about heroism of a woman and about the will to continue to live, in one of the darkest periods of the world’s history.

Thomas Morse says that it was a great responsibility. Each day he asked himself if he hadthe right to touch upon such a serious topic. The story of Emilie Schindler is more psychological than historical. It allows us to understand the feeling of people during that time; understanding how they perceived the horrifying reality of the time.

Language of the meeting: English