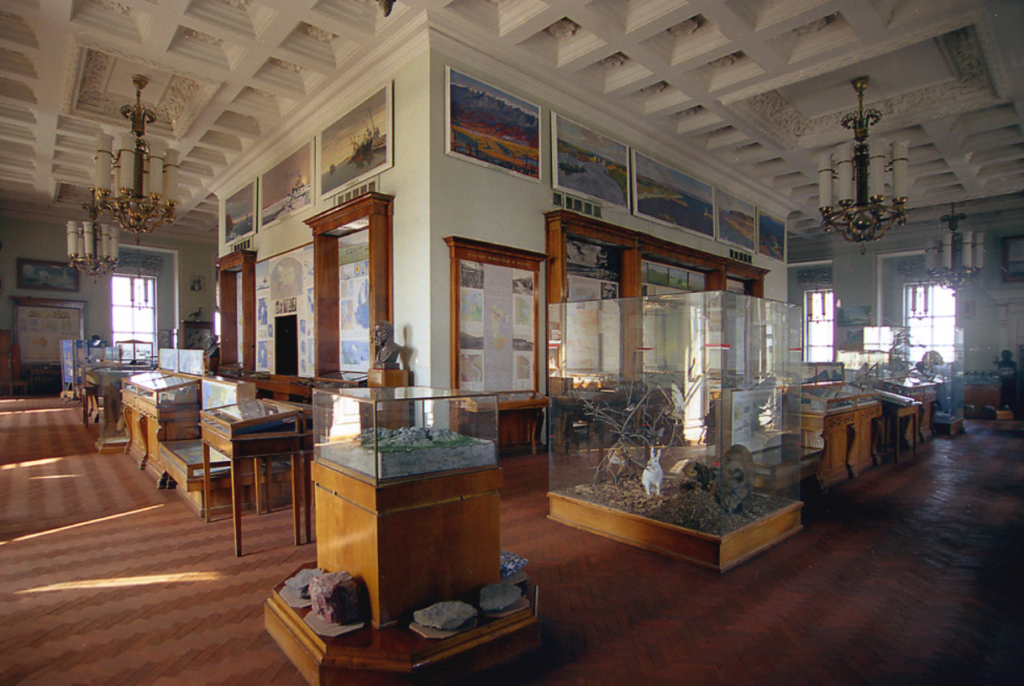 Once a year the Museum opens its doors at the weekend and this is a unique opportunity to explore this imposing building from the inside!

The Museum exposition is interesting, spread over 5 floors occupying about 2 500 square metres, it introduces the whole complex of Earth related sciences.

We will learn the history of natural sciences development at the University and understand how the areas of Russia differ from each other. We will learn about weather and ecological situation in various regions of Russia, its flora and fauna.

One part of the exposition is devoted to the exploration of Earth from space. The exhibition displays photos of the  Earth’s landmass and oceans taken from satellites and the Space Station. The pictures are used for than decorative purposes, creating maps, for example.

The floors occupied by the Museum are also of note from an architectural point of view, the exposition is decorated  with sculptures, bar reliefs and portraits of important scientists.

The central building of Moscow State University (MGU) is one of Stalin’s Seven Sisters, the supersized buildings erected on the instructions of the dictator and built between 1947 and 1953. Muscovites refer to the buildings as “Stalinist Skyscrapers” or vysotki.