The next meeting is on the 13th February

On this occasion we will watch the modern Opera “Juno and Avos”, an ageless love story inspired by Andrey Voznesensky’s poem «Avos!»  The poem is based on the actual events of 1806 surrounding the passion of Nikolai Rezanov, a Russian nobleman and ambassador of the Tsar, and Maria Concepción Argüello, the daughter of the Spanish governor of Alta California, José Darío Argüello

In true operatic style, this is a dramatic story of love and treason. The Lenkom Performers share their own version of those events. This performance was created by one of the most successful musical producers in Russia, Julian Kim. More than 300 000 people have watched this show since it was launched in 2012. That year people were calling this show «the theatre blockbuster of the year». It received 6 prestigious Russian Theatre awards, including title “The Best Musical of the Year.”  We will enjoy the performance in the Moscow State Variety Theatre. 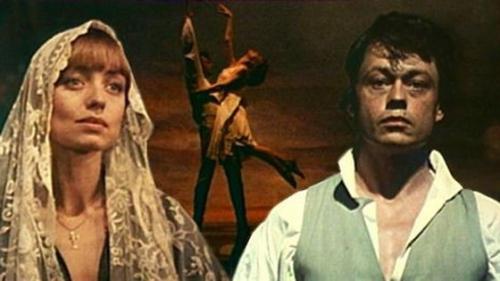 We meet at Kropotkinskaya metro at 18 h, watch the performance together and then discuss it in a café afterwards.

Costs:  5500 rub per person (includes tickets to the theatre and excludes cake and coffee 🙂