There is something quite exhilarating about strapping oneself into 50 tonnes of lethal
armour, driven by a noisy high horsepower V12 diesel powering the clanking caterpillar tracks. 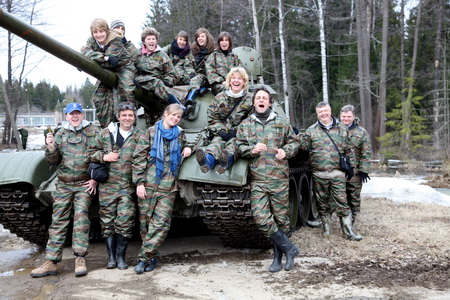 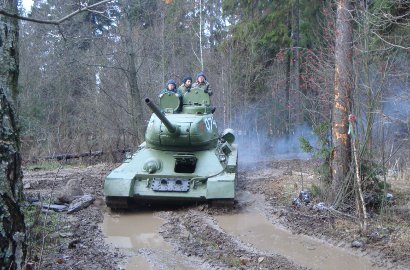 The tank rides take place outside of Moscow (40 min drive). The price includes a minivan transportation to the place, visit to the Tank Museum with the possibility to go inside all the tanks and some other military vehicles and equipment, the tank rides, where every person gets 2 rides -one inside the tank and one on top of the tank, a snack with vodka shots