The Russian city of Perm, with its population of one million, is 1400 km by road from 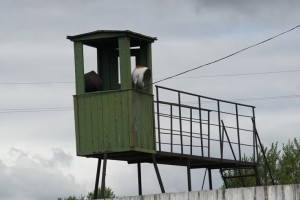 Moscow. Loosely translated, the name means ‘far away land’. During the Cold War it was a ‘closed city’ named after the war time Soviet Hero, Molotov. It is Russia’s gateway to Siberia. Located at the base of the Ural mountain range, which divides Asia and Europe, it is a city used to extremes. The weather varies between plus and minus 40⁰F.

100 kilometres north-east of Perm is the small village of Kutchino, home to one of the horrors of the Soviet penal system, GULAG Perm-36.

Perm-36 was infamous within the GULAG system because of the severity of its regime. Only the most ‘dangerous’ enemies of the State were imprisoned there: government opposition; authors and distributors of anti-communist literature; prominent dissidents and human rights advocates etc., etc.

It had three epochs:

The first was between its opening in 1946 and 1953 when it was a forced labour camp for prisoners that had offended the Stalinist regime. I.e. Soviet P.O.W.’s of the Nazi’s subsequently repatriated to the Soviet Union, small time criminals and even those tardy workers who were late to work, three times. It provided timber resources for the vast Soviet post-war reconstruction effort.

The second was between 1954 and 1972 during Nikita Khrushchev’s de-Stalinisation program. During this time the camp became home to Soviet officials who, ironically, had overzealously sent people to the camps in the first period. This meant the individuals responsible for those imprisoned in the first epoch, became inmates themselves in the second.

The third era began in 1972 when the existing inmates were relocated to other work camps. In 1972, the year when U.S. President Nixon and Soviet Premier Brezhnev met in Moscow for their hallmark détente summit, the Soviet Union converted Perm-36 camp into its primary incarceration centre for the political prisoners who were the result of repression in the 1970’s.

Perm-36 was one of the last functioning Soviet political prisoner camps, only closing in 1987.

It is also the last surviving example of a Soviet GULAG and had been kept open as a NGO-run Museum, as testament to those poor individuals who lived and died there, subject to its punitive rule.

Whilst the Soviet Union is long gone and former inmates like Alexander Solzhenitsyn have been fully pardoned, there is still great pressure on NGO’s involved in this aspect of the Soviet Union and many such organisations have closed their doors to the public.

The individuals who ran and supported Perm-36 since 1991 recently got into trouble with the authorities, and left.

However, it is still possible to visit the site and, while fortunately not quite experiencing life as a zek, one can still see the seven ring fences. Pits and traps, watch towers, barracks and punishment cells and perhaps get an understanding of life, the system and what it took to survive such an environment, before the bulldozers move in.

We are organizing a flight and transfer inclusive visit to Perm-36 for interested parties. 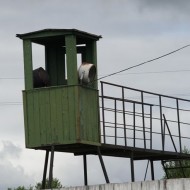 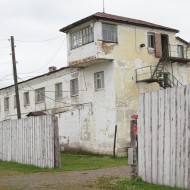 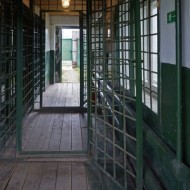 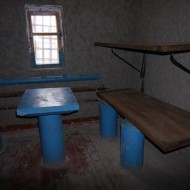