Do you think museums are boring because all the exhibits are behind thick glass and strict, over-vigilant babushkas are there to make sure you don’t touch anything? 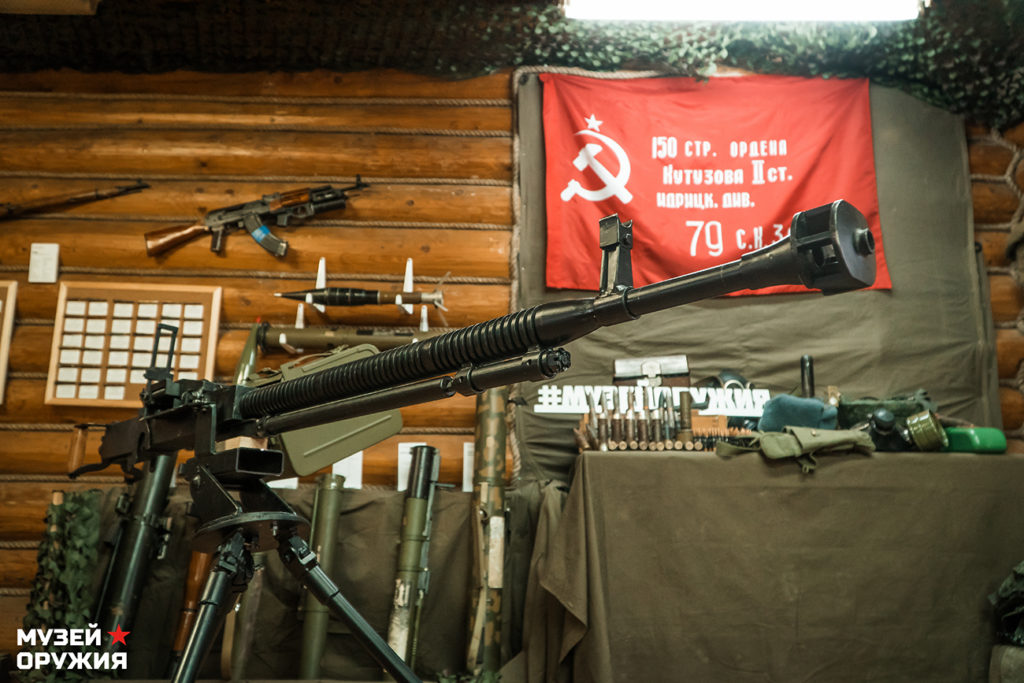 You can touch everything you want in the weapons Museum- no glass screens and no babushkas on guard! 😊 There are 25 small shooting weapons on display as well as over 100 other exhibits, produced in the USSR, Russia, Great Britain, Germany, USA, France, Italy, Netherlands, Hungary, Finland and Czechoslovakia. The exhibits on display were made from the end of XIX to the beginning of the XXI century.

You can see the legendary “Victory Weapons” including the Mosin–Nagant, Shpagin’s submachine gun, the Degterev machine gun (DP-27), the Nagan revolver and the Tokarev pistol (TT). One can also see weapons produced by the allies (USA and Great Britain) as well as German weapons. Some of the items were used during WW2.

The post war period is ably represented by armaments from Kalashnikov, starting with their first weapons through to those used today in the modern Russian army.

At the museum, you can feel what it is was like to carry the Shpagin submachine gun. Not as far as going to Berlin, but just for the experience, let’s say, 10 metres: its heavy! You can talk on the field telephone, or  imagine you are a Red Army Capitan or Russian special forces (Spetznaz) – with the corresponding weapons.

Our specialist guide will tell you about the history of the weapons and teach you to assemble and disassemble some of the items.