Epiphany, celebrated on the 19th January,  is one of the most important  Russian Orthodox 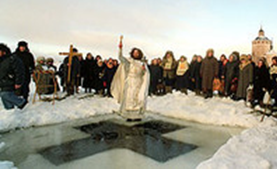 holidays.  People saw for the first time (or had an epiphany)  Jesus Christ not just as a man,  but as the Son of God.

The Church ceremony is one of the most beautiful and solemn occasions of the year. The water is sanctified in church, thus acquiring its’ miracle force to heal mind, body and spirit. Priests recommend drinking the water within the year. It’s enough to have a little bit and even dilute drinking water with it. This makes all the water holy.

Despite originally being a religious holiday many atheist Russians take time to enjoy the day as well.  The reason is the exciting custom of jumping into – 30⁰ C water.  No matter the  temperature, so long as it is freezing cold! There even is an expression “Krestchenskie morozi”- describing the severe chill that occurs on the 19th. Perfect timing in having the holiday in the middle of winter!

Participants normally make a cross-shaped hole in the ice (lake or river) and many people willingly get in. Some of my friends do that, but I decline the  invitations J .  I never heard anyone ever got ill, the explanation for this is the vodka drunk afterwards to warm the body.

While for many it’s a tradition of reinforcement and purifying their body, we may as well listen to medical expertise. 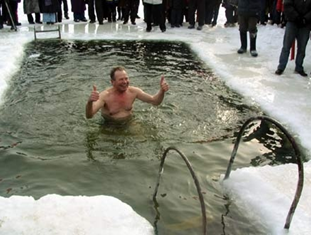 Russian doctors feel that swimming in winter time   stimulates one’s immune system.  However, before taking the ‘plunge’ it is better to be “prepared” for itJ: for example, practice with cold showers at home.   After you demonstrated your bravery by part taking in this traditional entertainment you must immediately put on boots, enter a warm room and drink some hot tea with raspberry or with lemon.  The doctors don’t seem to share the passion of the most common practice – drinking copious quantities of vodka.

It is not recommended that elderly people, children under 5 years old and those who have chronic problems with kidneys, heart or blood vessels partake in winter swimming (or heavy vodka consumption!).

We are going to watch it a beautiful New Jerusalem monestry, as procession of the Cross will go to Istra river.

The monastery was founded in 1656 by Patriarch Nickon, who wanted to re-create Palestinian holy places around Moscow. Nickon played a dramatic role in Russian religious history. His ambition to modify Russian Orthodox religious services in accordance with the Greek Orthodox Church caused a great deal of animosity and hatred amongst Russian people. For example, he wanted people to make a sign of the cross with 3 fingers (prior to his decision church-goers used to do it with 2 fingers). People who accepted the new practice were left in peace. However, a schism in the Church followed; people decided to follow the old practice. They are known in Russian history as the «old-style believers». Prosecuted by the state and church, many hid deep in Russia’s forests and continued their lives, isolated from any contact with the state, the official church and other Russian citizens.

We are going to leave Moscow from Sokol metro at 18h

The monastery is 60 km outside Moscow. The ceremony starts at 20h is about 1,5h  After that people swim in the river, all night 🙂 We will not stay that long 😉 and plan to be back around 23.30h, depending on the traffic 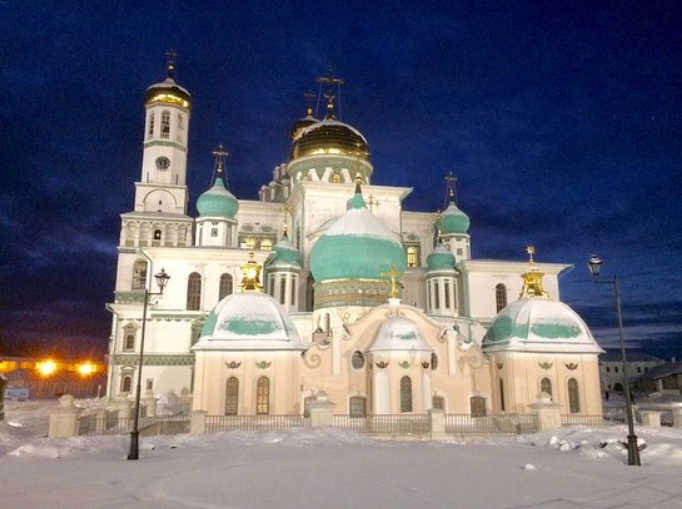