22 May Red Presnya, Revolution and History of the XX century Museum

The Presnya Historical and Memorial Museum is located in the Moscow region, known for the revolutionary events of 1905-1907 and 1917.

The museum was first opened in 1924 in a one-story wooden house, which is now a historical monument of its own. In 1917 the first legal Presnya district Committee of the Bolshevik party and the Military Revolutionary Committee Presnya worked here. Its historical interiors have been preserved to this day.

Particular attention is paid to one of the most striking episodes of the First Russian Revolution of 1905-1907 — the December armed uprising in Moscow. The exposition presents photographs and documents of participants of the revolutionary events, weapons of vigilante workers as well as the soldiers of the tsarist army.

The tense atmosphere of this time is conveyed by the light-dynamic diorama «Heroic Presnya. 1905, » made by People’s Artist of the Soviet Union Mr. Deshalyt. It boasts to be one of the bigggest in Europe. 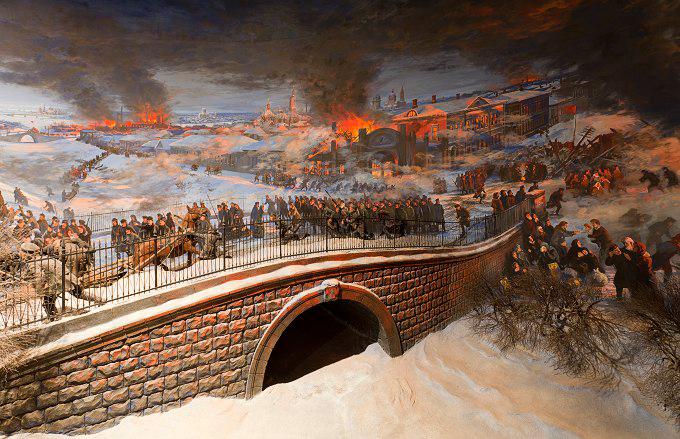 Located in a separate, specially equipped hall, the diorama was opened in December 1982. After the modernization in 2014, the diorama operates in three modes that provide comprehensive information about the December armed uprising of 1905 and the architectural and historical appearance of the Presnya district at the time.

New exposition «History of Russian everyday life in the 20th century «shows public and private interiors and demonstrates how the routine life of people changed, under the influence of global historical events. I e, below you can see the interior of a Soviet Communal appartment room in 1920s. 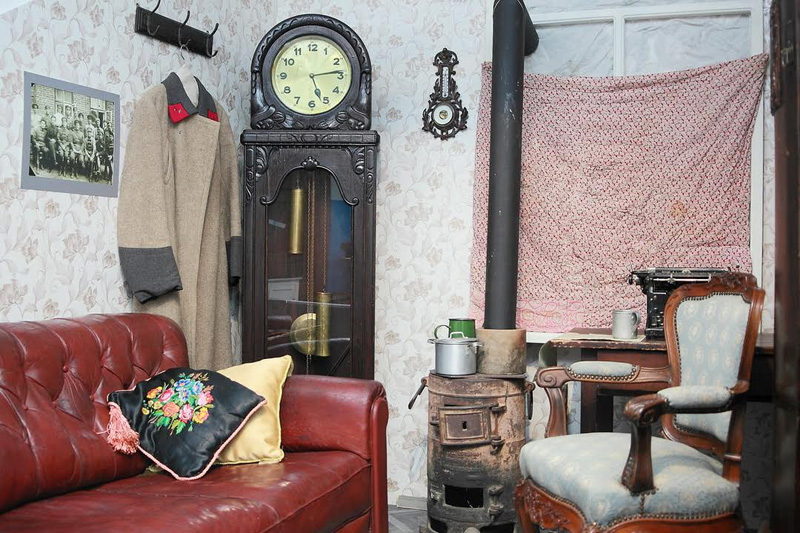 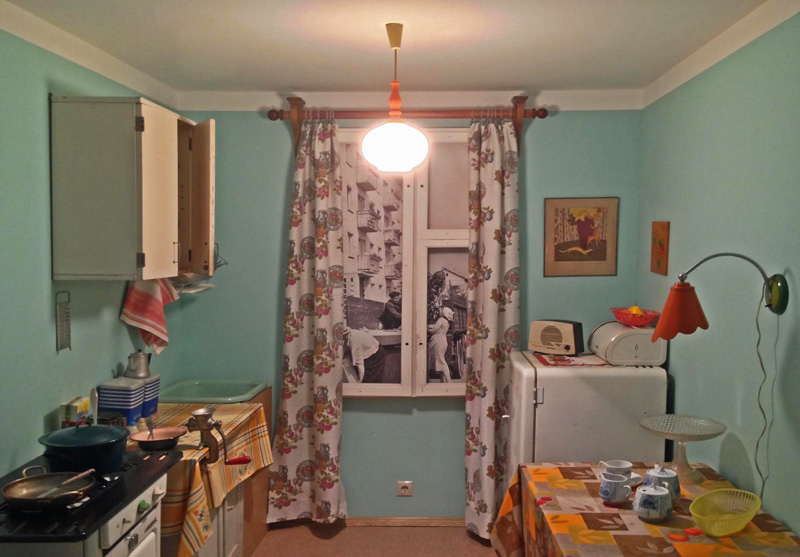 Furniture, numerous household items, photographs, clothes, toys, books and many other little things are exposed. Without those details there is no understanding of history; here, on the contrary, history comes live.

Fragments of musical pieces and radio programs that characterize different decades of the twentieth century, newsreels, commercials and news reports are broadcast in the Museum.

In the summer movie-theatre you can watch popular films of the 1960s.

The Pioneer room introduces you into the life of Soviet schoolchildren of the 1930s. 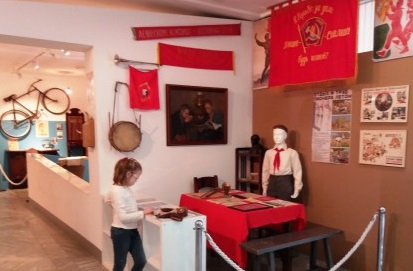