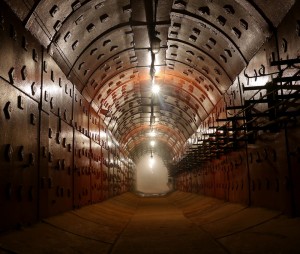 The Bunker is now a «Cold War Museum» where visitors can try to launch a simulated nuclear attack, visit the operations and communications room, watch a short film about the arms race between the Soviet Union and the United States and feel the terrifying atmosphere of that time.

We will meet at the exit from the purple line this time at 12.30 h