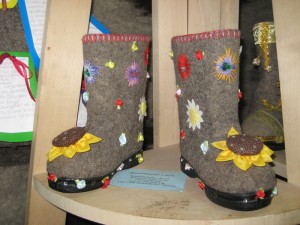 Valenki of the Felt Shoes is traditional Russian foot wear whose history can be traces to the 4th century BC.

Production techniques were kept secret so the number of artisans practicing was very limited. People kept their Valenki by the oven, which was considered an honourable storage place. If a girl threw a single valenok in her boyfriens’s garden it meant she agreed to marriage. Even the Tsars though highly of the Valenki. Peter the Great wore his Valenki after a good feast to help get rid of the consequences 🙂

When: we meet at the exit from Paveletskaya (green line) 15.50h