Moscow is home to an art museum and public repository of monuments of ancient art. The 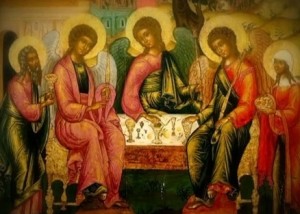 repository is the world’s largest collection of Orthodox Christian Art spanning the last two millennia. Not only is this the largest private collection but also the greatest considering the artistic scope of its exhibits and is unique in terms of its span. Quite simply, you will not see a greater display of art from this important era, anywhere.  Ther epository focuses on Eastern Church art including ancient samples from Roman Empire which laid the foundation for the Byzantine graphic art; peerless early Christian and Byzantine examples from the 6th to 9th Centuries;  Greek and Post-Byzantine works; Christian Ethiopian works of art and culture and Russian icon painting from the 14th to early 20th centuries.

Numbering more than 4500 exhibits and over 900 icons, the museum is a treasure trove of ancient and antique works of art; that opens the eye of the visitor to life and civilisation over the last 2000 years. Displayed in a specially redeveloped building in downtown Moscow, the Museum conserves, restores, exhibits and enables the study of iconography with its critically acclaimed collection.

When: we meet at the exit from Taganskaya metro station (ring line) at 12.45 h