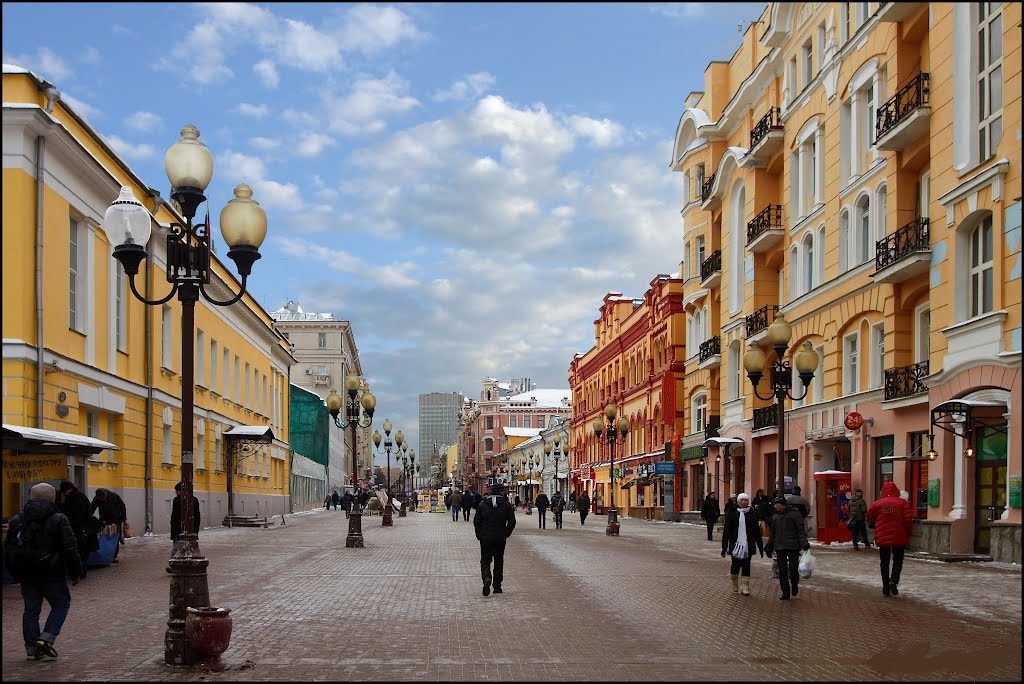 The Arbat is a nearly 1 kilometre long pedestrian street, in the historical heart of Moscow. Claiming to be the oldest street in the Russian capital, Arbat has existed since the 15th century. It is the centre of the Arbat District of Moscow and originally was both an important trade route and home to Moscow’s artisans.In the 18th century, the Arbat was seen by the Russian aristocracy as the place to live. It was almost completely destroyed by the Russians in 1812, when Moscow was fired to spoil Napoleon’s occupation. Following the war, and Napoleons subsequent retreat, it was completely rebuilt.

In the 19th and early 20th centuries it was home to minor nobles, artists and academics. Post 1917 Revolutionary Russia was very different and its free-speaking, avant-garde nature disappeared. It became the home to high-ranking Soviet officials. 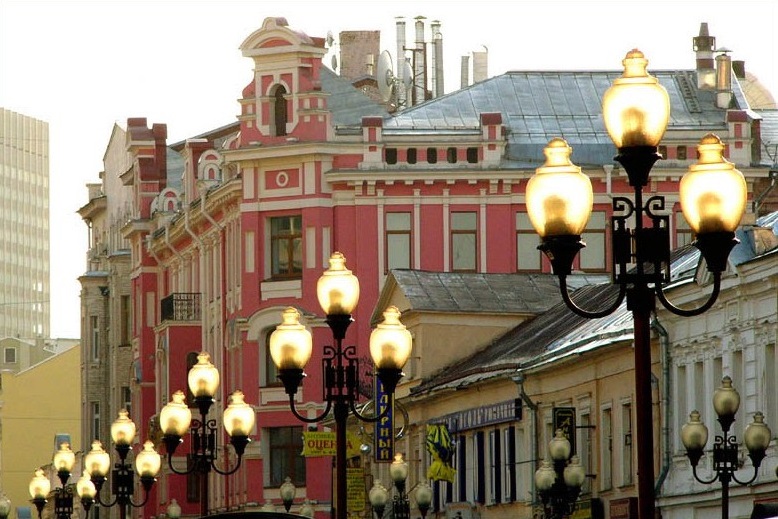 Today, because of the central location and amenities, it is also considered a desirable place to live. With its historic buildings, and the numerous artists who lived and worked there, the Arbat has become a principal Moscow tourist attraction. It now provides a diverse mix of street culture, a tourist market with portrait painters, soapbox poets, and musicians. Nonstop restaurants, coffee houses, cafes and souvenir stands line its busy pavements.

In many respects it is a typical brash tourist spot, as many of the street businesses strive to entice the unwary. But, it also a marvellous visage of old buildings, churches. Eventually, the great historic atmosphere wins, as the charm of Old Arbat comes through. In the spring and summer months the Arbat is lined with outdoor cafes. It is a great place for people watching, as Russian’s and tourists’ alike, take a constitutional walk along its historic pavements. 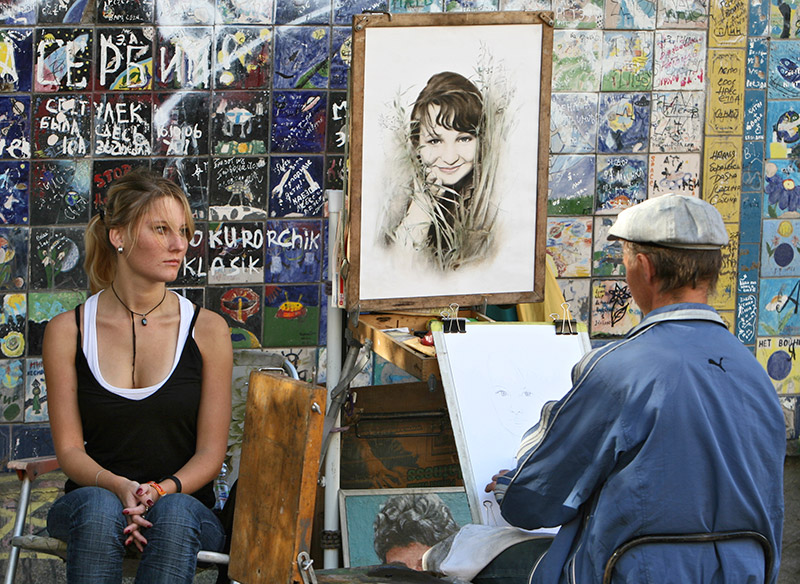 What can we look forward to on our walk? One can see pretty 19th-century buildings, dating from the rebuild; the Wall of Peace covered with hundreds of hand-painted tiles, all illustrating the Soviet theme of international friendship. Modern buildings, interspersed with the old, provide an eclectic mix of architecture in the area. Examples of the so-called “Constructivist architecture” from 1920’s Soviet Union are the Melnikov House (just off Arbat and worth a look) named after the architect who designed it in 1927. A bronze statue of a favourite Muscovite poet and singer, Bulat Okudzhava, stands at the centre of one of the intersections. Okudzhava lived and entertained on the Arbat.  The pretty Church of the Saviour on the Sands is worth a view as is the elegant Spaso House, home of the U.S. Ambassador to Russia. A pair of bronze statues depict the most famous of Russian poets, Alexander Pushkin, and his wife Natalia Goncharova. After their wedding at the nearby Great Ascension Church, the couple lived in what is now the Pushkin House-Museum. Arbat ends at Smolenskaya-Sennaya Ploshchad and is dominated by one of Stalin’s skyscrapers, one of the Seven Sisters. This huge monolith houses the Russian Ministry of Foreign Affairs. Built in 1947, to commemorate Moscow’s 800th anniversary, the gargantuan size and wedding-cake style was a favourites of Joseph Stalin.

We finish next to Smolenksya Metro for an easy Metro-ride home.