18 October Observation Point on top of Christ the Saviour Cathedral 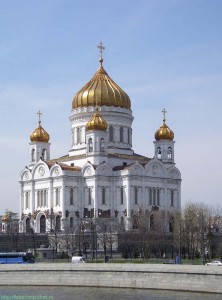 When: We meet outside Kropotkinskaya Metro Station at 12.15h. You should be in the tail (last wagon) of the train if you are coming from the centre. When you walk out of the station take the exit to the left and walk up the stairs, it is indicated towards Volkhonka Street

*Please confirm your interest by the 16th