The territory of the “Elk Island” was first recorded in 1406 ; 160 years later Ivan the Terrible would hunt for bear in the area. The first idea of turning these lands into a national park appeared in 1912, but it was only properly done only in 1983. Thus, the “Elk island” is one of Russia’s first national parks. 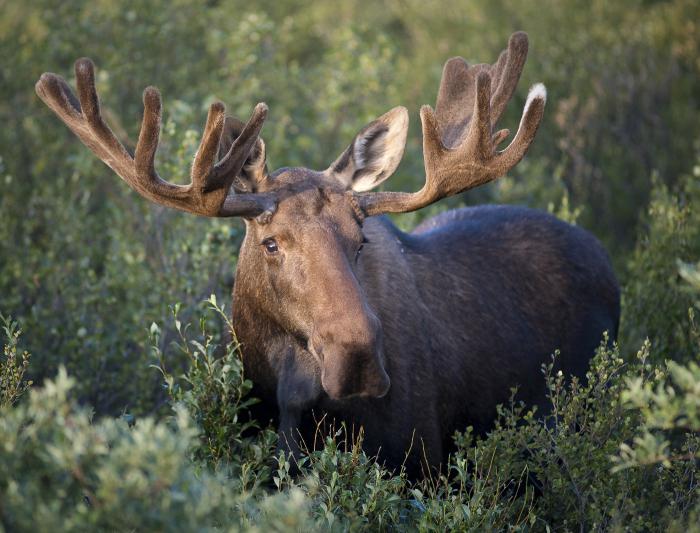 Elks have obviously given the name to the island. A grown male elk can reach over 2 m in height and can weigh over 600 kg! His horns can weigh up to 30 kg. Imagine carrying that on your head! 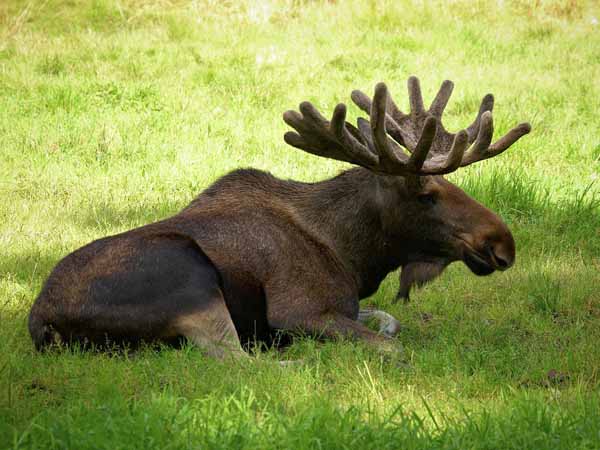 The other frequent visitor to the station is the dappled deer. They, on the contrary, come in groups. In summer they are red and orange with white spots and in winter their colours are much pale. Unfortunately, less than 3000 dappled deer now live in the wild nature, so this species is classified as “endangered” (category I). 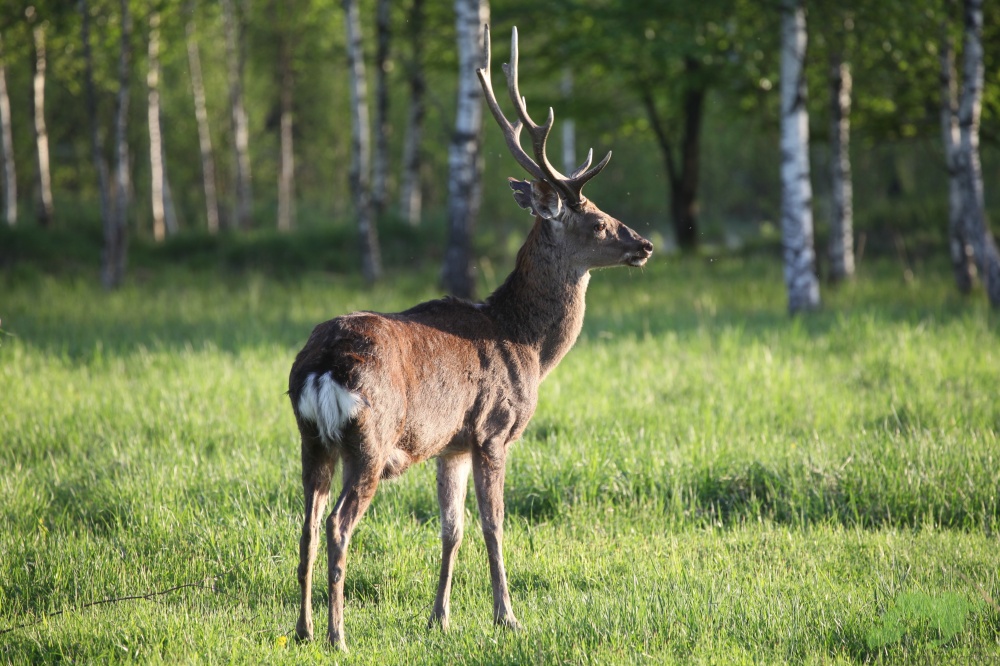 Many animals in the park wear transmitter collars. It doesn’t harm the animals but allows scientists to study them and help them if the animal is in trouble. 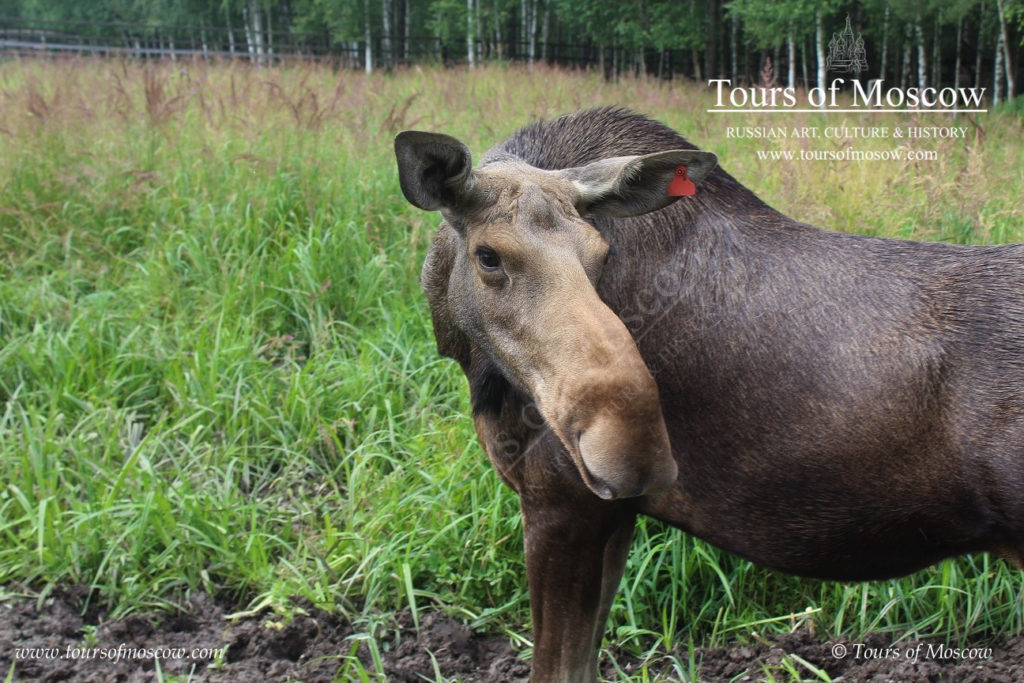 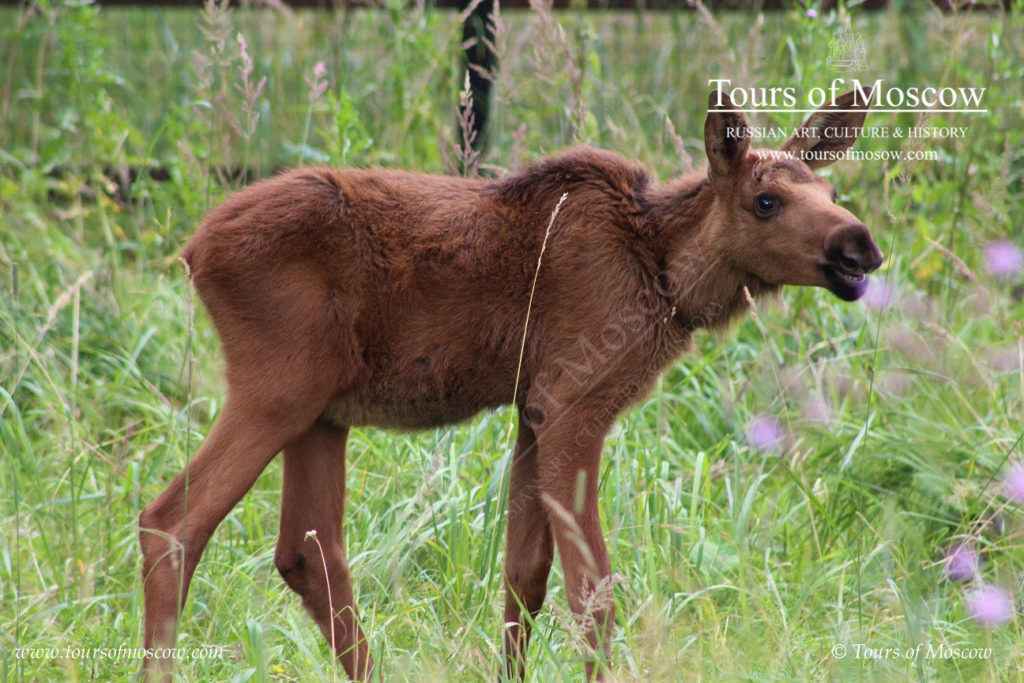 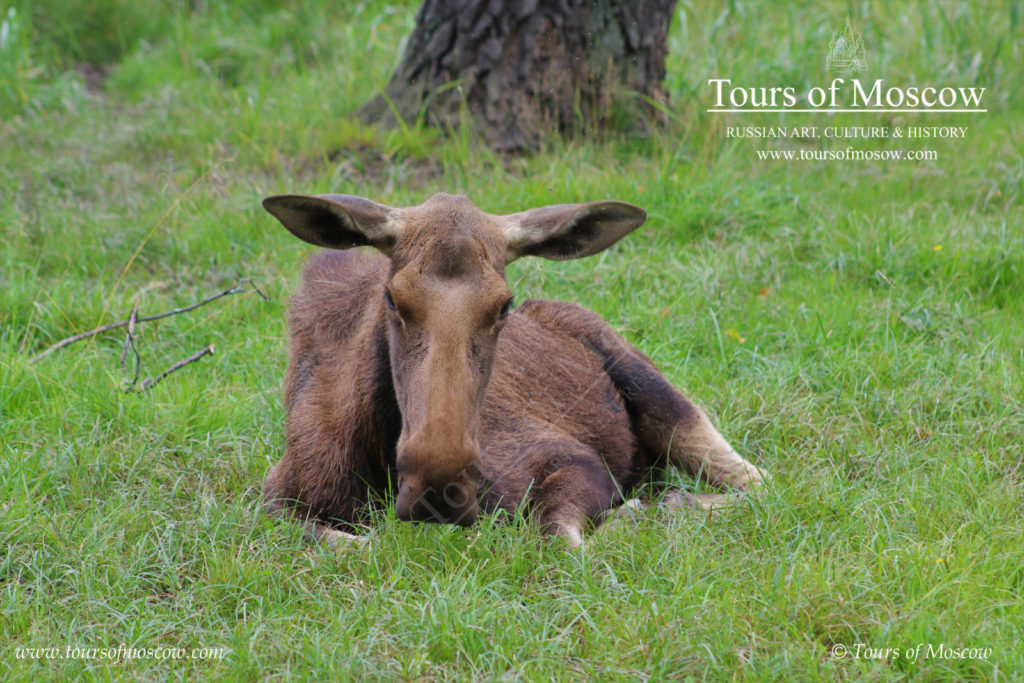 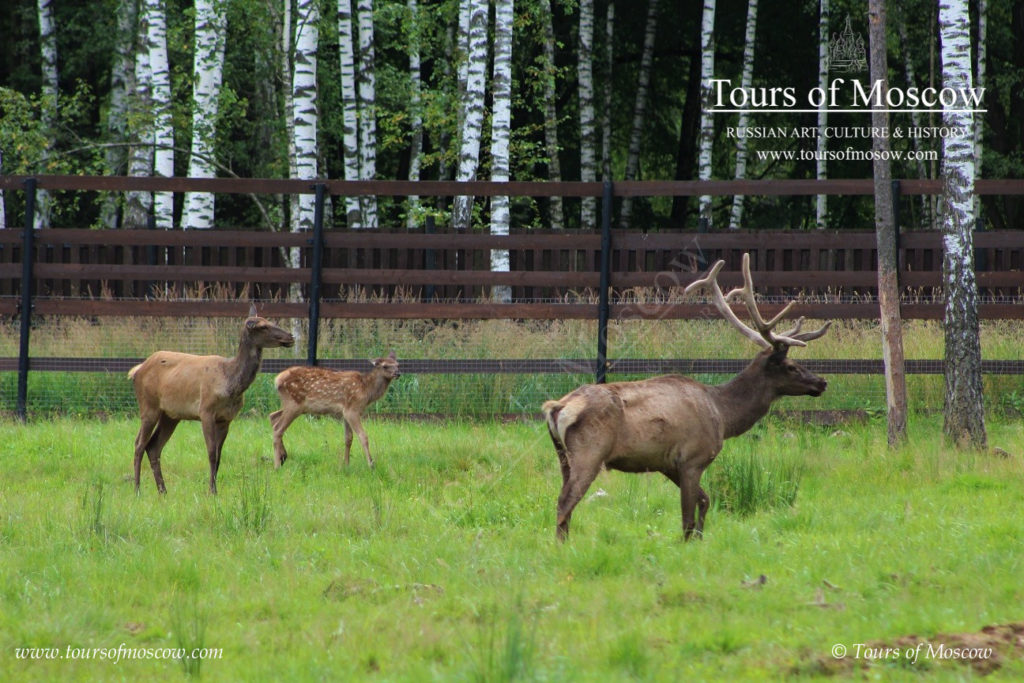 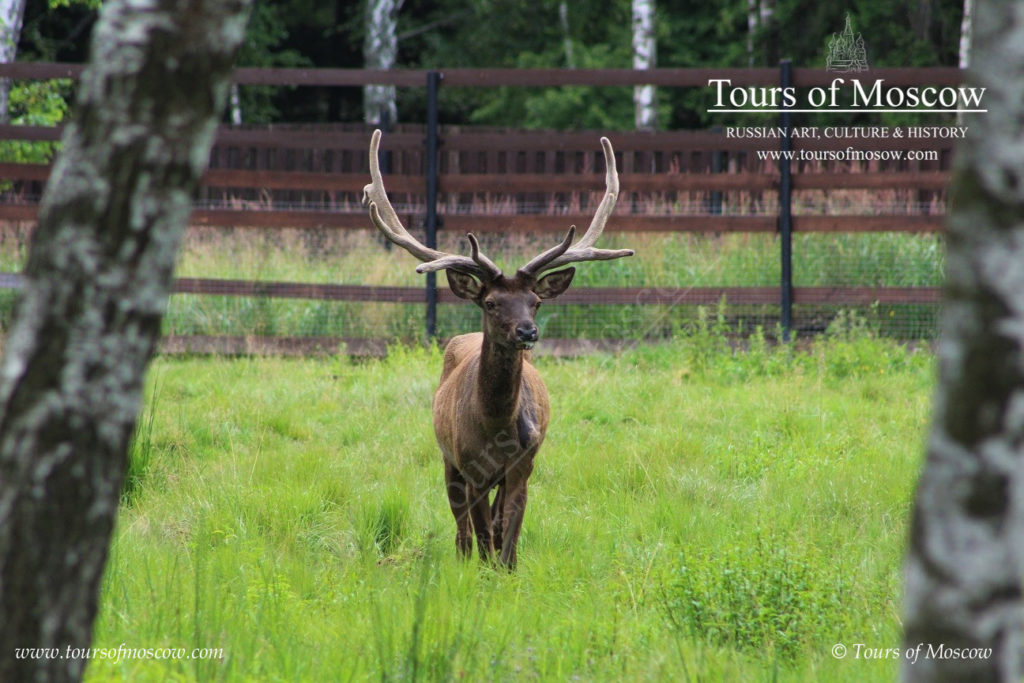