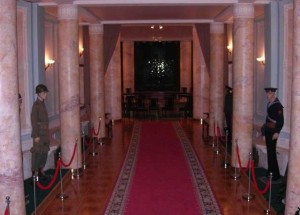 Built in the 1930s under a shroud of great secrecy, the clandestine command and control bunker was only opened to the public in 1996. Its construction was part of teh Politburo’s program to ensure the defensive capability of the Soviet Union against Nazi Germany. The facility is linked to the centre of Moscow by a 17 km- long underground road.

When: we meet at 11.50h outside Cherkizovskaya metro station

* The excursion will take place if there is a minimum of 5 people interested. Please confirm by 12h on the 25th July.