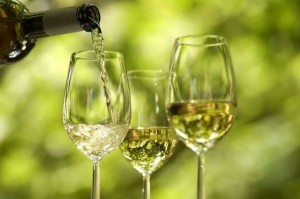 You are invited to a wine tasting session with the co-founder of Russia’s largest wine tasting club. Ten of Russia’s most significant wines will be sampled and each characteristic enjoyed. Your host will share the background of each; he will describe the production areas and talk about how the areas and climate affects the individual taste and flavour. We will taste a variety of wines from international and indigenous grapes, discuss their qualities and how they are best served gastronomically.

Do you consider yourself a wine connoisseur or are you an ordinary consumer. In either situation, we will be glad to see you and will make this event fun for all, regardless of the individuals tasting experience.

For residents of countries where the production and consumption of wine is traditional, wine became a daily part of the meal, part of the culture and even elements of a healthy lifestyle (albeit with some reservations). A different culture developed In Russia, one influenced by climate, history and habit. In the same way the majority of northern peoples developed, Russia focused more on the consumption of spirits.

However, during the second half of the XVI century, the southern regions of Russia saw a massive expansion in vine planting and the cultivation of grapes for wine production. Production of the highest quality existed at the time. Since then, Russian wine production has been continual although not a product enjoyed by the masses.

The situation changed dramatically in the 1990s, with the dissolution of the Soviet Union and the advent of travel for Russian citizens. Exposure to European and New World wines provoked an increase in demand for quality wine in Russia and saw a sharp increase in imports and a developing consumer infrastructure.

At the same, Russia saw an influx of investment in domestic winemaking. The few existing enterprises were able to acquire modern equipment. These were small, privately owned vineyards which would have been impossible during the Soviet period.

Today, new Russian winemaking has reached a state where it is able to produce quality wines, perfectly. Products from Russian vineyards enjoy a stable demand in Russia. There are also examples of successful wine exporters. Russian wine producers have successfully participated in international competitions, and have already received some awards. But more importantly, Russian winemakers and their products are no longer closed off, they have become part of the world of wine, accepting its rules and existing within its boundaries.

We invite you to enjoy a wine tasting from leading Russian producers, organized jointly with the Moscow wine tasting club «750ml». Leading independent wine tasting expert Sergey Alexandrov will talk about wines, grape varieties and the Russian wine producing regions. We will try 10 wines (though there are some possible surprises) and discuss everything that we find interesting.