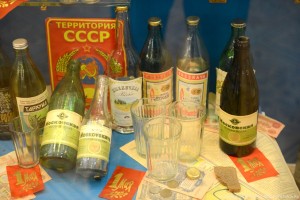 It is impossible to ignore Vodka when one is in Russia. The drink has been intrinsically linked with Russian life and lore for centuries. Vodka is as Russian as the brown bear or babushka, caviar and Kalashnikov, or the Matrushka nestling doll.

When: we meet outside Partizanskaya metro station at 14.15h