Valerii Mozorov is a keen motorcyclist, skydiver and a fast jet pilot in the Russian Air 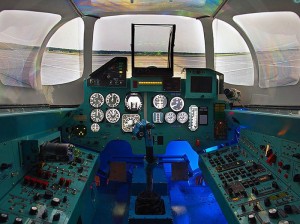 Force. He is also Squadron Leader of the Russian aerobatic display team, the Swifts, with many thousands of hours on both Sukhoi and MiG fighter aircraft.

Valerii will provide exclusive one on one classes to aspiring fighter pilots, sharing tactics and his skills gleaned in the skies.

The SU-27 is an exceptionally agile air superiority fighter aircraft which has delighted crowds at Air Shows in Russia and the west, with its superb manoeuvrability. We can ‘fly’ the aircraft, NATO designation “Flanker” and attempt a high speed pass under a bridge; and even the infamous Pugachev Cobra Manoeuvre; which shocked western military observers when first seen.

When: we meet at 19h at metro Taganskaya